Please join us for an afternoon with Robert Hester, who will discuss his book and the fascinating life of William Francis Allen. New Englander William Francis Allen is mostly known today as the lead editor of the 1867 anthology Slave Songs of the United States, the earliest published collection of African American spirituals, and as a distinguished history professor at the University of Wisconsin.

During the Civil War, he served as a member of the “Gideonite band” of businessmen, missionaries, and teachers who migrated to the South Carolina Sea Islands as part of the Port Royal Experiment.  After the war, he served as assistant superintendent of schools in Charleston. Allen kept journals during his assignments in South Carolina in which he recorded events and impressions of about several hundred people, especially ex-slaves, along with fellow Gideonites, Union soldiers and officials, and exConfederates. 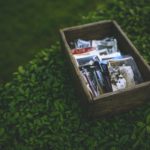 3 Easy to Cook Wing Chicken Recipes for your #Superbowl Party 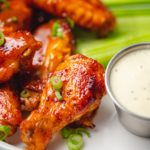