We are excited to bring back the Evenings in Appleby Gardens Concert Series after its hiatus last summer. The 2021 series will be virtual only—no need to leave the comfort of your home to enjoy the concert.  Stream the concerts on youtube.com/arcpls, facebook.com/arcpls , and twitter.com/AugustaGALib from 8 pm to 9 pm every other Tuesday in June, beginning June 1.

Below is the full schedule for the 2021 Virtual Evenings in Appleby Gardens Concert Series: 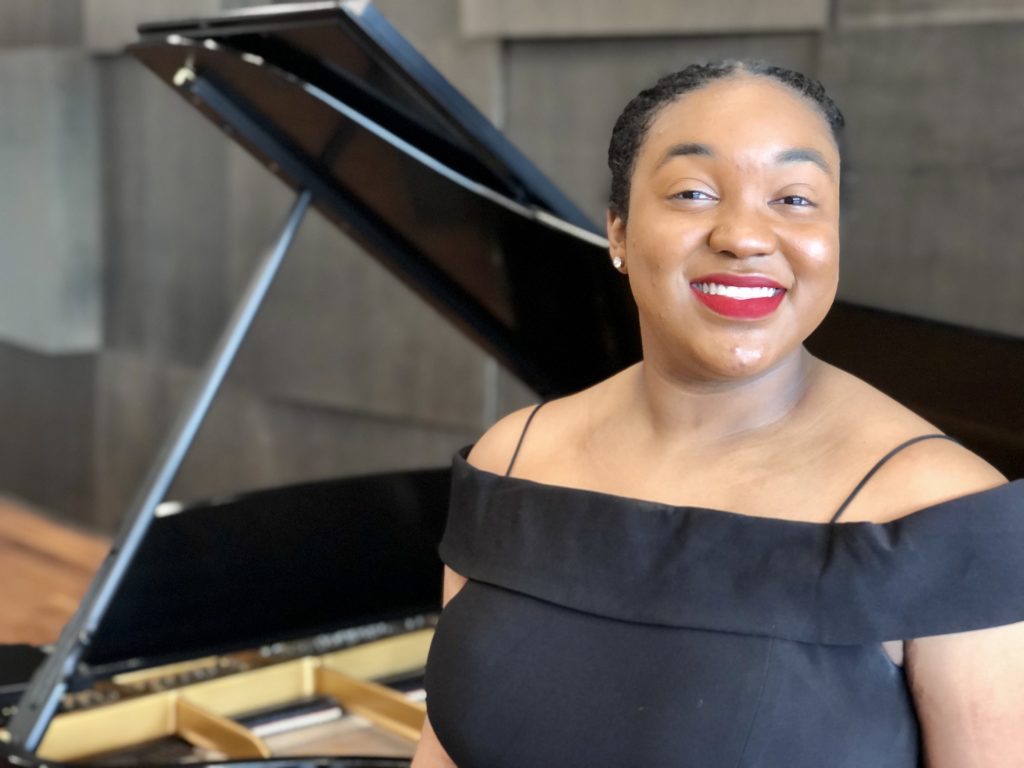 Zanaiah Billups, a 2021 Davidson alumna, won second place in the Schmidt Vocal Arts Georgia competition and first place in the Southeast Regional National Association of Teachers of Singing competition for high school classical voice. Ms. Billups will be pursuing her bachelor’s degree at the Frost School of Music of the University of Miami in the fall of 2021 as a recipient of the Presidential Music Scholarship. 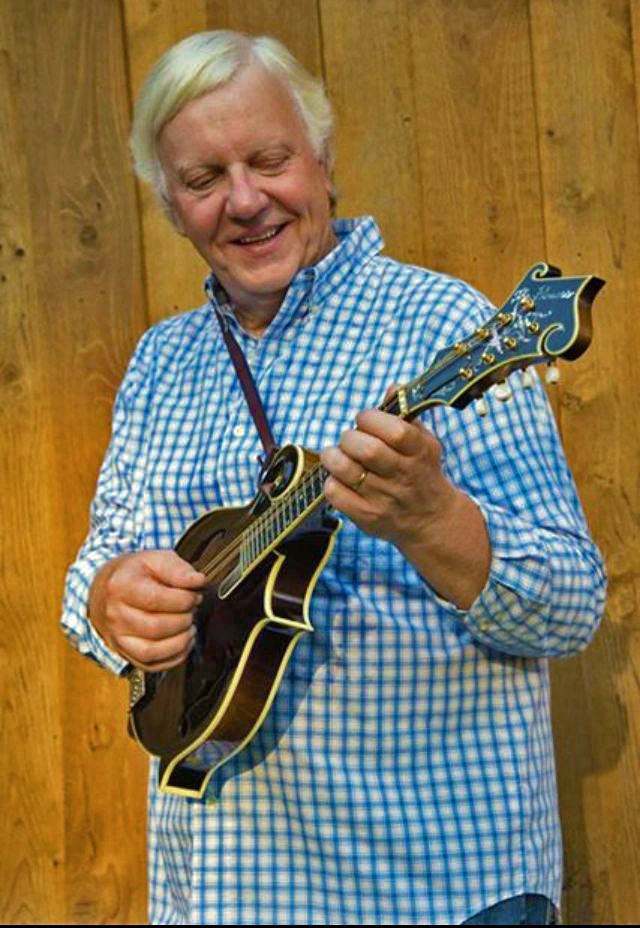 Doug Flowers is a veteran bluegrass musician and songwriter from Hephzibah. He performed in the bluegrass band Avalanche for many years. In 2015, with the success of the Doug Flowers & Friends album, Doug put together the Doug Flowers Band. In 2017, he released the Doug Flowers: Favorites album, which finished in the Top 100 list for Roots Music Report Contemporary Bluegrass CD in 2018. Learn more about Mr. Flowers at dougflowersmusic.com 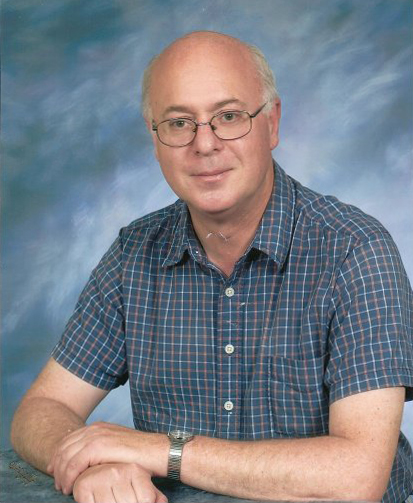 Harcourt Waller received his training at The Peabody Conservatory of Music, The London College of Music, and St. Andrews Presbyterian College. Mr. Waller made his piano concert debut at Carnegie Hall of New York in 1987. Since then, he has performed numerous concerts on the East Coast, many of which aired on television and radio. He has recorded two albums that are available on CD for purchase. Harcourt presently lives in Savannah where he plays the piano for the Chatham Club and was the organist for Wilmington Island Presbyterian Church for 20 years. 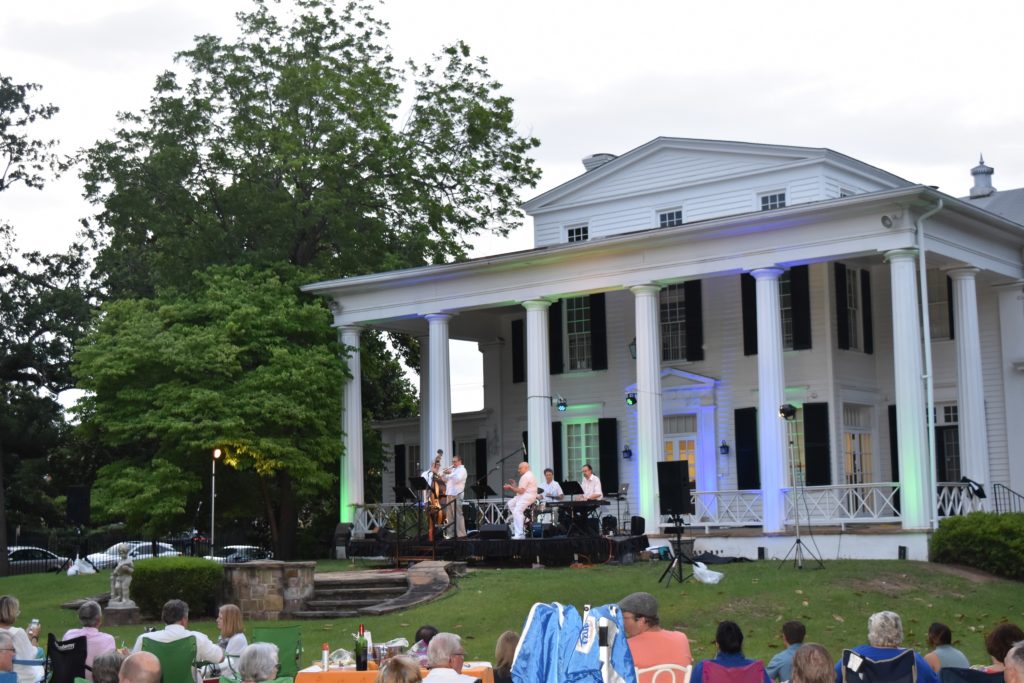 History of the Appleby Library and the Concert Series

The Annie de Prairie Appleby Branch Library, which now houses over 35,000 books, was originally built as a private home around 1830 by Judge Benjamin Warren.  After the death of his wife, Mr Scott B. Appleby and his son, James Scott Appleby, gave the house to the City of Augusta and Richmond County to be used as a library that was first opened in 1954.

The Evenings in Appleby Garden Concert Series, originally known as “Music in the Garden,” began in 1954 as an evolution of a former library program, a listening series for classical music at the old library headquarters. According to the  Augusta Chronicle, due to concerns with the space and the recent donation by the Appleby family of the mansion that is now the Appleby Branch Library, “library officials approached the Augusta Music Club…, and the two groups worked out through cooperative effort a summer concert series to be held in the cool back garden of the Appleby branch.” The concert series has been held annually at no charge to attendees since then.

If you have enjoyed any of the Evenings at Appleby Gardens Concert Series, please consider being a sponsor at a level that is convenient for you. Your contribution will help this Augusta institution remain a fun and free event for attendees. Over a thousand guests attended the 2018 series, and we look forward to having even more people enjoying the tunes this year. Download the 2019 Appleby Gardens Concert Series Sponsorship Levels Form for more details and instructions. 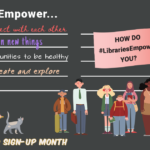