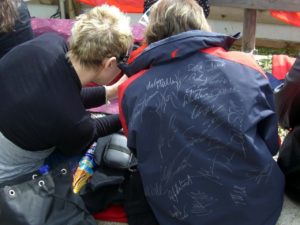 Persons in the community were more accessible than movie stars and sports figures, so autograph collecting was popular throughout all walks of life. In the nineteenth century keeping an autograph book for the purpose of autograph collecting was a popular practice. As the word got around about autograph books and they became available at the local five and dime stores, it was a must have, just as the cell phone is today. The autograph book was even more popular in many areas than the personal diary. Many people during the 1950’s and 1960 have purchased autograph books. Most of these autograph books were designed for just what the name of the books implies and that is autograph collecting. These books were small, about eight inches tall by five inches wide. The book had 70 pages. Some books had different colored pages. Usually the pages were in pastel colors, such as pink, blue, lilac, yellow, and light green. 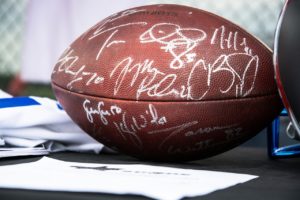 The popularity of these books was unbelievable in high schools and on the college campus. These autograph books were circulated from classmate to classmate during the recess period and during social functions at school and away from school. There were two goals for this autograph collecting. The first goal and perhaps the most important was to get a signature from every classmate. Secondly, it was a desire to fill every page in the book. You were honored and delighted when someone, who was collecting autographs, asked you for your autograph. Those classmates who were high up the ladder rungs in popularity were sort out first. Sometimes in fact there would be a little line waiting to get the persons autograph. Even more so, everyone wanted to have the teachers, administrators and other school personnel sign their book. Getting these signatures had the same importance as it is to get celebrity signatures today. 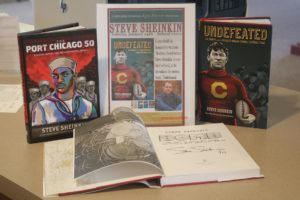 Some of these autograph books still exist today. Autograph collecting collections can be found in many special collections on campuses today in the college libraries. Many students wrote their favorite verse or quotation before autographing the book. Others wrote about special memories shared with the person during this period of time. These memories included college pranks, dormitory rooms, card games, hangouts, and stunts. Nothing is left out of these books. Included in these books are accounts of professors and various class experiences.

It was not unusual for some who were less verbal to just autograph the book and date it. As you can see autograph collecting, crosses all walks of life, all races, and socio-economic levels.

Turning Wellness Into A Lifestyle 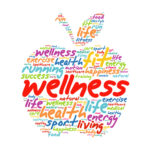 Preparing Our Youth to Head Back to School 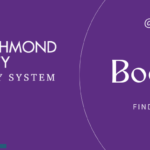